We had our second and final reading on 11/15 at Buffalo Street Books. We were once again amazed at how much of the community came out to celebrate this collection of good writing, and we appreciate your support greatly. Another 10 authors read, but Rhian Ellis introduced the event this time as well. 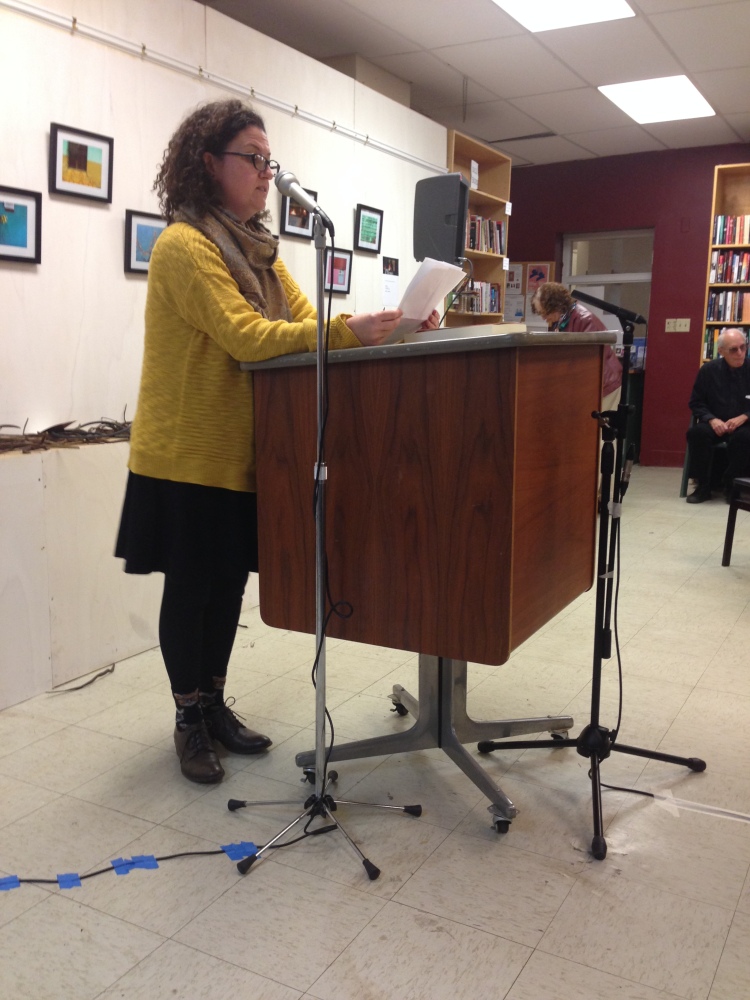 If you can’t tell, her socks are printed with cats wearing glasses. I think that they’re adorable. 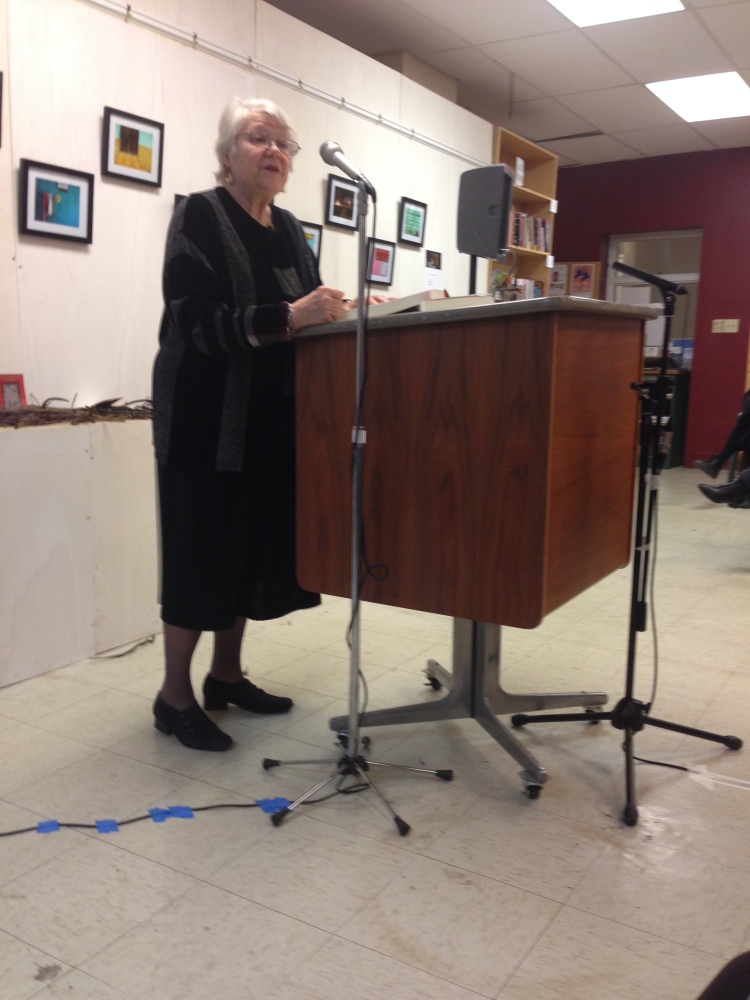 Our first author up was Carol Kammen, who wrote the introduction in the anthology. She is the Tompkins County Historian.

Brad Edmondson read second, and to learn more about him, you should check out the interview I did with him! 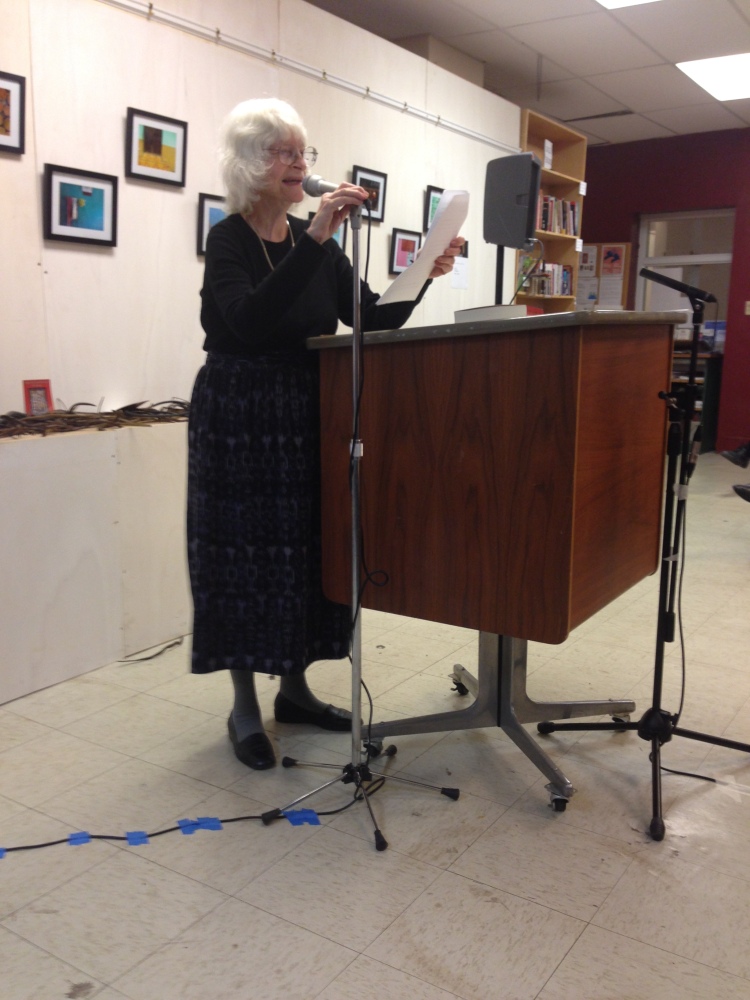 Alison Lurie was our third author to read. She’s won a Pulitzer Prize for her novel Foreign Affairs, and she’s lived near Cayuga Lake for over fifty years.

James McConkey is a professor emeritus at Cornell, and he has lived in the Ithaca area since 1956!

David Warren has lived in the Ithaca area since he was six. He’s published three novels, all of which take place in upstate New York.

Our sixth author was Kathryn Howd Machan, who read from her short story in the anthology. She’s a professor at Ithaca College.

Mingfong Ho received a Caldecott Honor, and ALA Best Book for Young Adults, and the South-East Asian Write award. After studying Mandarin in Taiwan, she attended Cornell University, and she has lived in Ithaca ever since.

Gerard Cox read from his extremely moving memoir in the anthology, “A Certain Slant of Light.” Although he was a college professor, and he was an administrator at Cornell, he is now happily retired.

Finally, Ira Rabois read. He taught middle and high school students at the Lehman Alternative Community School and he is also the head instructor at Washin-Ryu’s Karate-Do.

In total, it was a great event, and as always, we’re exceedingly grateful for the support the community is showing us.